Why is it important to include revision courses in translation programmes? 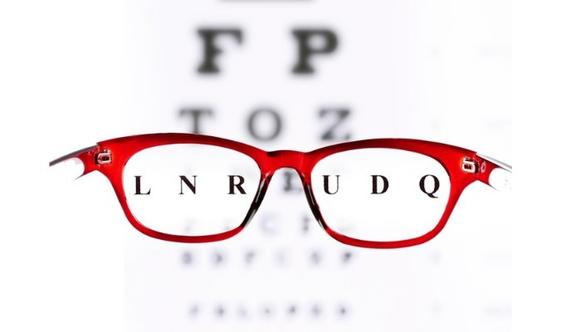 I’ve never been a brilliant translator myself. But I do think I’m quite good at revising others’ translations. This is probably because I started my career working as a language reviser.

Around 20 years ago, after my studies, a translation company hired me to check translations in the economic sector (ERP). At that time, I had no idea what “revising translations” meant and I had no clue about the specific subject we had to work on. The project manager explained that after the text was translated by external translators, a team of content revisers (graduated in economics) would check the accuracy of the translation and my role was to be sure that no spelling or grammar mistake was left in the target before delivery.

I enjoyed my new job right from the start. I became fascinated by those pages full of concepts that were so hard to understand and I was lucky enough to get tons of explanations from the consultant who was permanently on site to help the revision team. Little by little, I learned how to also spot content mistakes and, finally, I ended up checking the content in a “pre-QA step”. Within three months of full-time work on the same material checking several hundred thousands of words on the same subject, I had learnt more than during the CPAM (Computer-Assisted Production Management) courses I attended in the evening.

Once this project was finished, they offered me the same kind of job on a new software localisation project. I accepted at once! Shortly afterwards, I had the opportunity to supervise a team, comprising several internal revisers whose work I had to control and guide. It was quite thrilling, but also highly challenging, since most translators hired to revise didn’t always immediately grasp exactly what was expected from them.

Years later, when I was teaching translation project management for a translation master’s degree programme, the person in charge asked me if any courses should be added. I answered without any hesitation: revision. In the meantime, I had had the opportunity to work a lot as a reviser, QA checker and project manager in the translation market for several clients and on a variety of project types, and I was convinced that revision was a key step in many cases.

When this revision course was implemented, I was asked to teach it. I didn’t really include lots of theory, but rather worked with the students on “adapted” texts. I recognise that it is crucial to train students to revise each other’s texts or even their own translations, and many translation teachers include these exercises in their usual translation lessons. However, I think it is also a good idea to prepare translated texts full of traps so that students realise the scope of the reviser’s work. Obviously, they should learn to spot mistranslations and spelling and grammar mistakes. But emphasising the importance of checking that translators have used glossaries and style guides properly and that they have adhered strictly to the client’s instructions is indispensable as well. An explanation of revision types (i.e. content, language, both content and language) and the possible levels required (i.e. full comparative revision, quick check, focus on significant sections, style adaptation) is essential too. Issues of preferential changes, feedback and discussion with the translation teams are also very important and many other subjects could be covered during those revision classes.

One of my favourite exercises at that time was the revision of an economic text on Iraq that had been translated from English into French. The initial translation was correct and the students had never read it before. For my revision course, I changed the French version in some places inserting all types of mistakes, such as obvious spelling and grammar errors. I also included some issues that were more difficult to detect where my adaptation remained logical, but not properly translated. For instance, in a paragraph in English describing heavy strikes having destroyed most of the oil infrastructure, I turned a French sentence mentioning the military strikes into a wrong translation talking about demonstrations (strike in French can be translated as frappe (militaire) or manifestation). The goal was to make sure that students would not only check the text sentence by sentence using their revision checklist, but would also take the whole context into consideration.

When we corrected this revision together, we had a good laugh, because even though many of them had spotted all the classical mistakes, several had not realised how absurd the translation sounded in some places. Those kinds of mistakes might not have been made by a senior translator or reviser, but the truth is that people are sometimes distracted, or not “so” professional. During the whole time I taught revision, I used this kind of trap to make the students realise how critical the reviser’s role is when the translator has translated blindly, but also how easy it is to get misled assuming that the translator was 100% correct in their interpretation of the source text.

Of course, some people consider that the work of professional translators shouldn’t be revised. That’s not really the debate here. In some cases, I could agree with that argument. Nevertheless, any translator might one day be asked to revise or decide to subcontract a translation and revise it afterwards. It’s a separate job that is part of the translation market, and, as such, I think it would be beneficial to include a revision course in all translation university programmes so that people would not be completely powerless when faced with their first text to revise.

I’d also like to stress that in large projects, revision is not only meant to check the translators’ work. It also helps increase consistency across sections translated by different people. This step is, therefore, even more important when several translators are assigned to a project.

All this would involve adding some hours to academic programmes that are already very loaded. Since many translation masters in Europe recently changed from four years to five, shouldn’t there be room for a revision course in those which haven’t included one yet?